Kidsongs: A Day at the Circus is the ninth entry of Kidsongs Music Video Stories released in May 1987. It was certified 2x Platinum in the United States.

Playful elephants, powerful tigers, graceful acrobats, dancing Dalmatians and charming clowns make this musical day under the big top one that you'll enjoy over and over again. 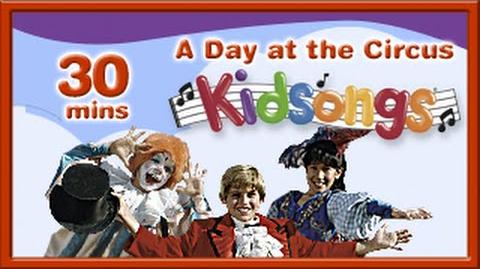 The Kidsongs Kids as clowns