Kidsongs: Adventures in Biggleland: Meet the Biggles is the twenty-fifth (and final) entry of Kidsongs Music Video Stories released on July 7, 1998. It was also the final 90's video and entry of the new Kidsongs era.

Adventures in Biggleland: Meet the Biggles 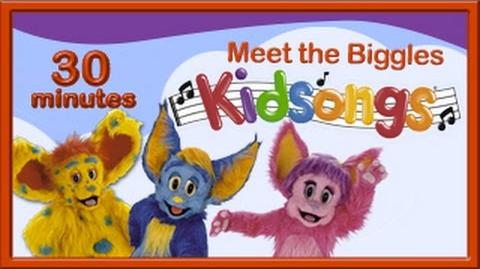 Retrieved from "https://kidsongs.fandom.com/wiki/Kidsongs:_Adventures_in_Biggleland:_Meet_the_Biggles?oldid=38953"
Community content is available under CC-BY-SA unless otherwise noted.