Recaps
Kidsongs: Billy Biggle's Favorite Songs is the eighteenth entry of Kidsongs Music Video Stories released on December 13, 1994. It was renamed My Favorite Songs in 2002.

Like Kidsongs: A Day of Fun, this video uses clips from previous videos.

Hosted by The Kidsongs Kids 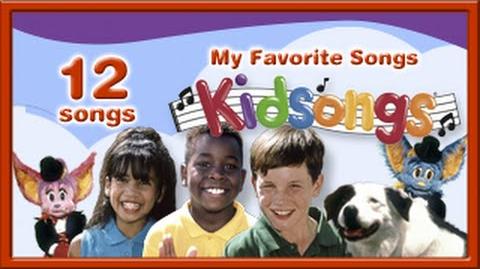 2002 VHS release that got retitled to "My Favorite Songs"

Retrieved from "https://kidsongs.fandom.com/wiki/Kidsongs:_Billy_Biggle%27s_Favorite_Songs?oldid=37653"
Community content is available under CC-BY-SA unless otherwise noted.