Boppin' with the Biggles

Bopping
Kidsongs: Boppin' with the Biggles is the nineteenth entry of Kidsongs Music Video Stories released on December 13, 1994.

1998 VHS release that got retitled to "I Can Bop with the Biggles!" 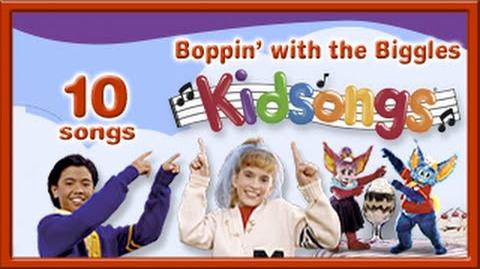 Retrieved from "https://kidsongs.fandom.com/wiki/Kidsongs:_Boppin%27_with_the_Biggles?oldid=38641"
Community content is available under CC-BY-SA unless otherwise noted.