If We Could Talk to the Animals

Animals
Kidsongs: If We Could Talk to the Animals is the sixteenth entry of Kidsongs Music Video Stories released on October 8, 1993, marking the final entry of the original Kidsongs era. 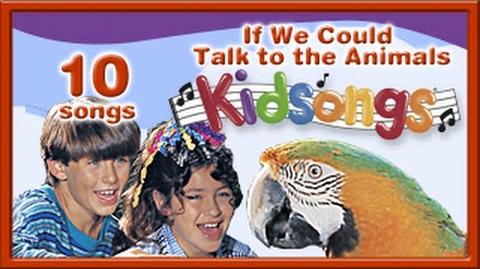 Retrieved from "https://kidsongs.fandom.com/wiki/Kidsongs:_If_We_Could_Talk_to_the_Animals?oldid=38028"
Community content is available under CC-BY-SA unless otherwise noted.